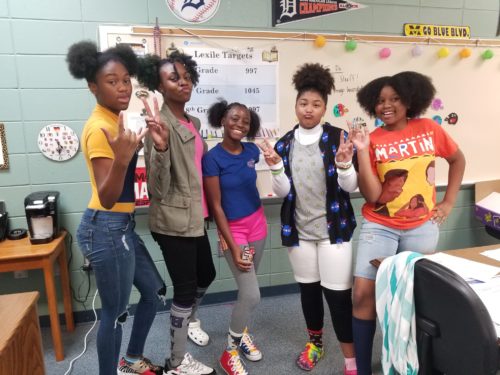 Homecoming Week at GMS was such a blast! The students and faculty got into the Lion King theme by participating in spirit days and decorating their doors on the hallway. During the pep rally on Wednesday, students enjoyed performances by the GMHS band and the GMS cheerleaders. The members of the cheer team and the players of the football team were announced and celebrated. Ms. Jordan also introduced the representatives of the 2019 GMS Homecoming Court. Later that afternoon, although the football team fought valiantly against Manchester Middle School in the Homecoming Game, they came up short in the end. But a good time was had by all, and Homecoming Week was a great success!

Pictures from the Pep Rally

Making Posters for the Big Game

Pictures from the Homecoming Game

Pictures of the 2019 GMS Homecoming Court