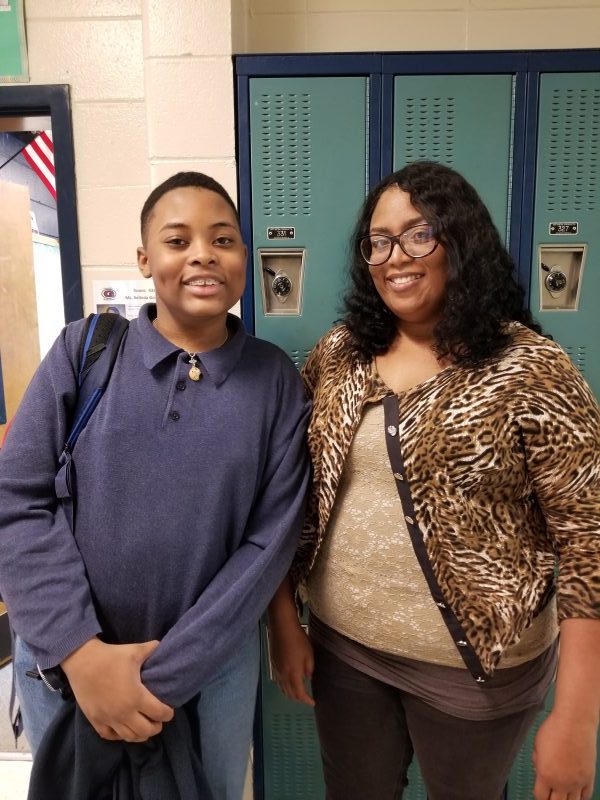 Ahmad with his most influential teacher, Ms. Godfrey

At the district board meeting in March, Greenville Middle School proudly honored its Star Student for the 2017-2018 school year, 7th grader Ahmad Ferrell. Ahmad was presented with a certificate to recognize all of his academic accomplishments this year. He was also given the opportunity to show off some of the video games he has created to the board members, Superintendent Dr. Dixon, and everyone else in attendance at the board meeting. Additionally, he discussed how he became interested in coding and computer science and talked about his plans to pursue this as a career in the future. Congratulations Ahmad! We’re so proud of you! 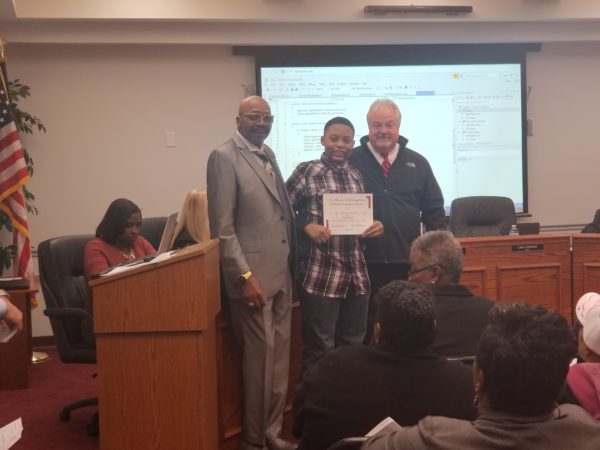 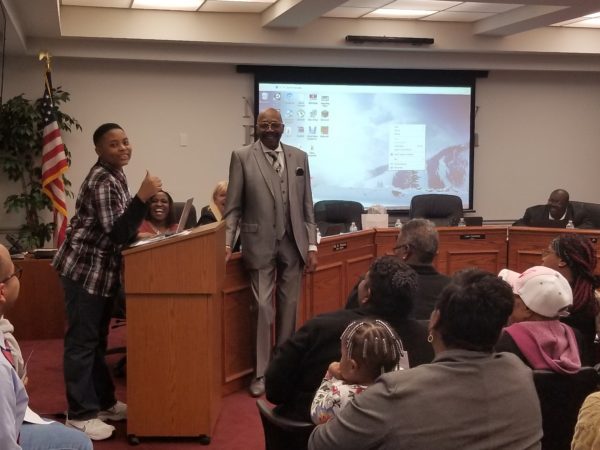 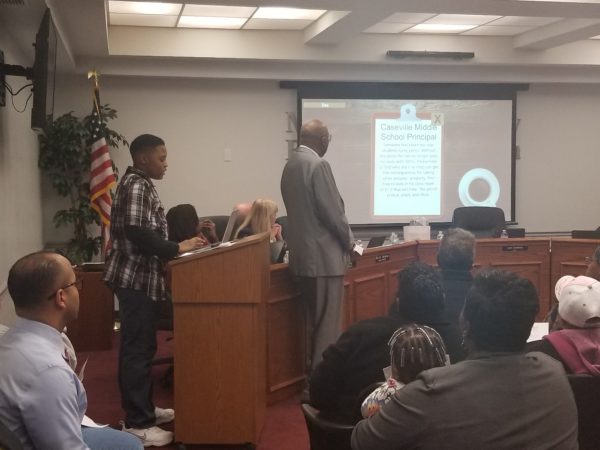 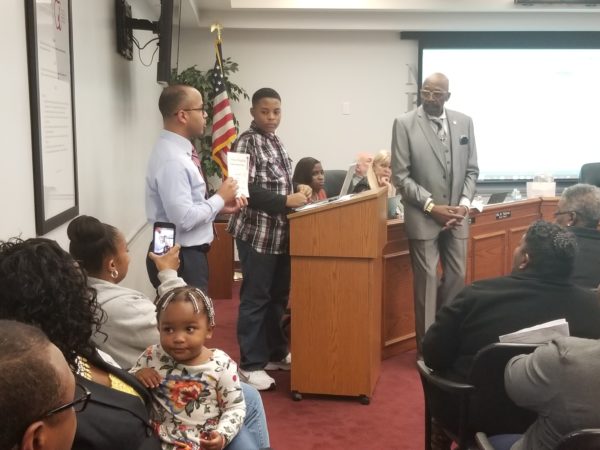 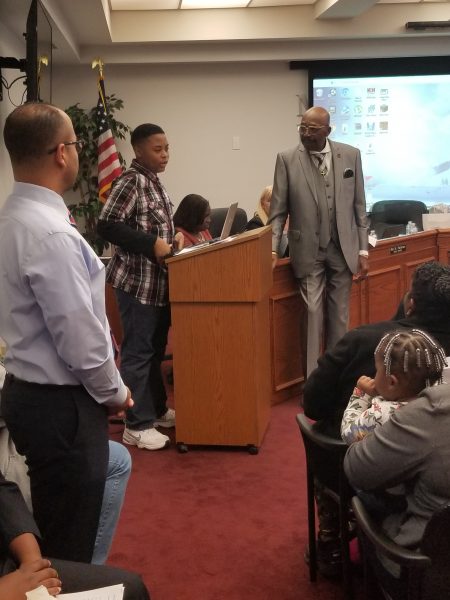