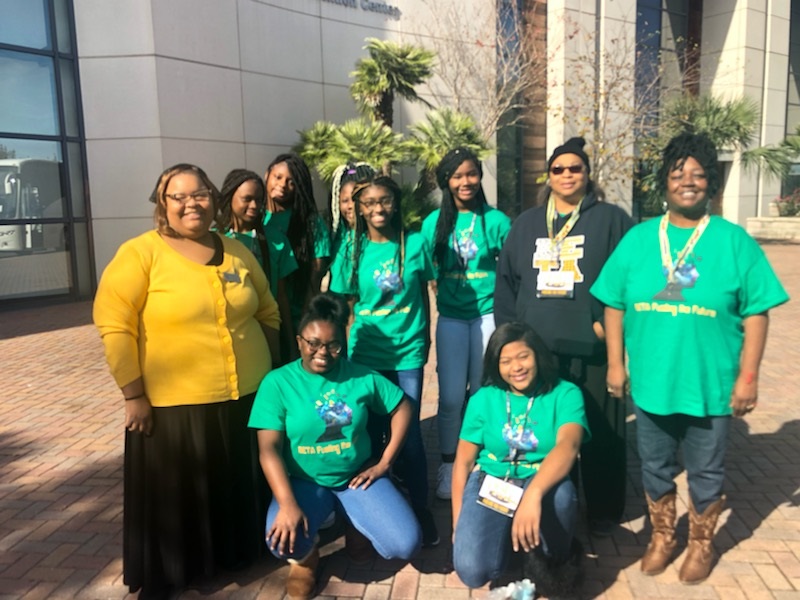 Greenville Middle School’s Junior Beta Club is having another successful year full of awards and accolades! At this year’s annual Beta Club Convention in Savannah, GMS was honored as a 2018-2019 National Beta School of Merit. Dr. Jones, 6th grade math teacher at GMS and club sponsor, was named the Beta Club State Sponsor for Georgia. Ms. Janice Simmons, registrar at GMHS and club co-sponsor, was named the Beta Club Sponsor-Elect for Georgia. The highlight of the convention was when a team of 5 8th grade girls placed 7th out of 78 registered schools in the Engineering Competition! These students were: Shania Mister, Brianna Rosser, Paris Price, Tashunti Jackson, and Kadaja Williams.

This competition is designed for a team of 3-5 students to use innovative problem-solving techniques and engineering concepts. Teams use items from a specified list and are given specific tasks that must be included in the build at the beginning of the competition. Forty-five minutes is allowed for construction. Teams were required to interact with judges and respond to questions during the competition.